In Thrive, you take control of an organism on an alien planet, beginning with the Last Universal Common Ancestor (LUCA). Your goal is to survive in the environment, adapt your species by adding mutations, and thrive. Other species will emerge to compete with yours. They will evolve via a population dynamics driven simulation with random mutations – you must improve and spread your species to surpass them. The success of your species depends both on your skill in surviving as an individual cell and the changes you make in the editor.

In the Microbe Stage, you control a single microbe or a colony of microbes bound together. You swim through a watery environment to find the resources your cell needs to stay alive and to reproduce. Once you have reproduced, you enter the editor, where you can review how well your species and others are surviving, move to new biomes, and modify your species. Add new organelles, change your membrane, and change your cell’s visuals. Your goal is to become a more complex lifeform by first evolving the nucleus to become a eukaryote, then using binding agents to form cell colonies, the precursor to the first multicellular lifeforms. 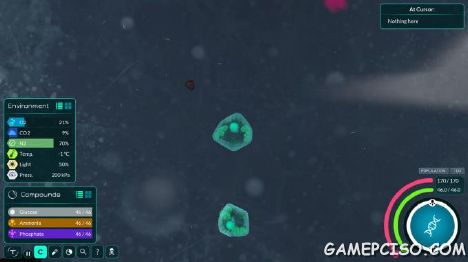 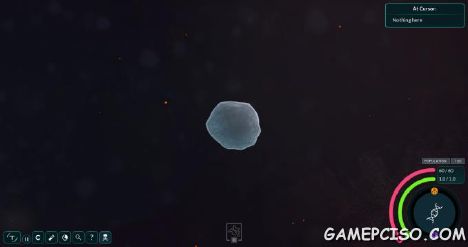