This Is the President is a story driven management game. In the year 2020 you are elected to be the President of the United States of America. To escape justice for your past crimes as a shady multi-millionaire businessman, you need to ratify Amendment 28 which would grant lifetime immunity to any President.

Manage your official and unofficial staff like a real mafioso in order to deal with all the old problems you’ve had in the past, as well as the shiny new problems that come with the office. You’ll battle with your competitors, the establishment, the media and even foreign leaders. In this political thriller-satire mix, the player’s actions will inescapably lead to situations that escalate into absurd, terrifying, tragic and even ridiculous situations.

General Notes:
• Block the game’s exe in your firewall to prevent the game from trying to go online ..
• If you install games to your systemdrive, it may be necessary to run this game with admin privileges instead 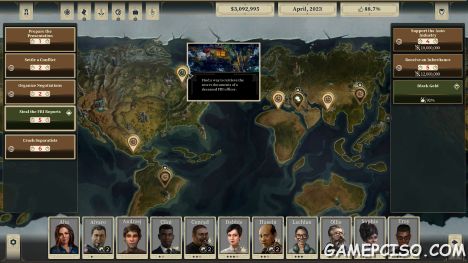 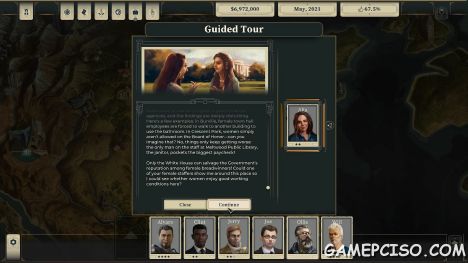