From the award-winning designer and ex-CIA intelligence analyst Volko Ruhnke, Labyrinth: The War on Terror combines an emphasis on game play with a multifaceted simulation spanning recent history and the near future.

The game takes players inside the global war on terror. In 2-player campaigns, one player takes the role of Jihadists seeking to spread fundamentalist rule over the Muslim world, while the other player is the US, neutralizing terrorist cells and encouraging Muslim democratic reform. In the single player experience the player leads the US in taking on challenges to defeat al-Qaeda and its allies.

An extensive variety of card driven event combinations fuels Labyrinth’s asymmetrical design, creating deep complexity that unfolds with every turn while maintaining an ease of play that increases engagement with every decision.

Labyrinth The War on Terror 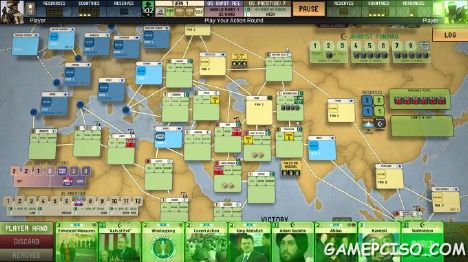 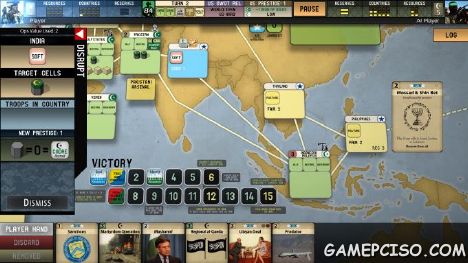