Halo Wars 2 is a real-time strategy video game developed by 343 Industries and Creative Assembly. The game is set in the science fiction universe of the Halo franchise in 2559. It is a sequel to Halo Wars (2009). The story follows the crew of Spirit of Fire, a United Nations Space Command (UNSC) ship. Spirit of Fire arrives at the Ark, a Forerunner installation responsible for constructing and remotely controlling the titular Halo rings. Conflict breaks out between the UNSC forces and an alien faction known as the Banished over control of the Ark.

In Halo Wars 2, players construct a base of operations, accumulate resources to produce infantry and vehicle units, and command their armies from a bird’s-eye view of the battlefield. The primary goal during a battle is typically to destroy an opponent’s bases or to capture and control territories on the battlefield. Combat is balanced by a “rock–paper–scissors” counter-attack system, in which ground vehicles are effective in combat against infantry, infantry are effective against aircraft, and aircraft are effective against ground vehicles. 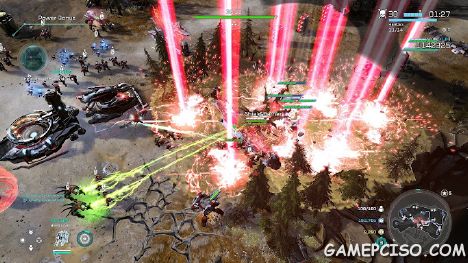 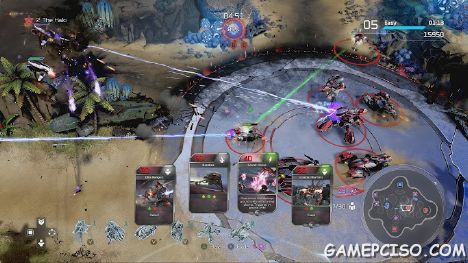